The ÖFA-collective is a stage-art collective as well as a group of friends with 22 members from a variety of professional backgrounds. In the autumn of 2004 ÖFA started as a feminist network and support forum, and has since evolved to also become an artistic platform from which we have created several theatre productions, workshops, exhibitions and clubperformances.

ÖFA developed during the most active years into a strong and recurring act in Swedish cultural life and with some international guest performances also established an audience outside of Sweden.

In 2006 ÖFA made its first performance, Var god tag plats!, which was a huge success. Then followed in the spring of 2008 ÖFA: Vårkonster and the fall of 2008 ÖFA: HEMLIGHETER. After that ÖFA made a few more shows until members went on doing work in other constellations. The popular ÖFA: DANCEOKE is still going strong to this day.

In addition to these productions ÖFA have been active in a variety of contexts, including performances, clubs and workshops. ÖFAs latest big production was ÖFA: MONSTER that was made with Zebradans in Stockholm in 2015.

When the ÖFA-collective is on stage, the challenge, strength, and adventure - both for our audiences and ourselves – is our different professional backgrounds and experiences. Language and references, that in other cases sets up the framework of the discussions, will not be as useful when you come from different areas of art. The lack of common references in the artistic work makes ÖFA create their own artistic expression. The ÖFA-collective always works to distance itself from traditional approaches. By working non-hierarchically, and by allowing all participants to move freely between different forms of art and expression we are trying to overturn conventional ideas.

The ÖFA-collective's art has a broad audience, while it is in itself narrow and specific. Being alternative, norm breaking and popular at the same time is the ÖFA-collective’s strength.

The ÖFA-community is it’s members. This means that regardless of where you are in the world or how many meetings you attend, you will always affect the group and are a part of what is produced. An ÖFA production may be one person on stage or 22 people who write a book. What defines the ÖFA-collective is predominantly our working methods / principles:

* We explore, challenge and reconstruct the norms surrounding power structure, professionalism and art.

* We are working collectively, democratically and non-hierarchical.

* We create our art without a leader and all the members are taking the artistic decisions together.

* Our approach and method shapes the content: how we work determines what will be.

* We constantly review, reformulate and reconsider all we have learned and are learning.

* By working around the genre concepts we are able to break new ground in the art world.

lives we want to live.

* A successful project involves an audience who received inspiration and power to create by themselves. 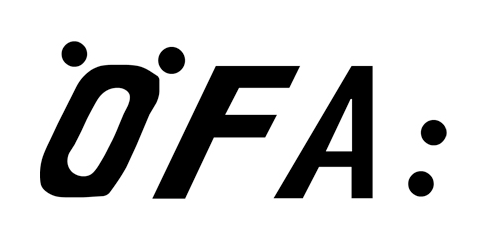