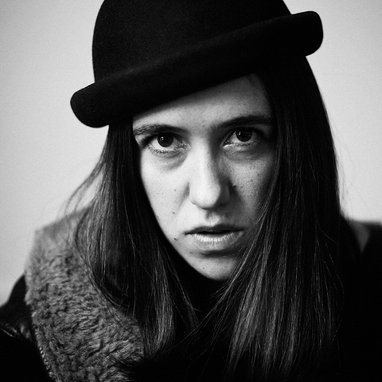 2020 Tour with DEAD at Quarter block party i Cork, Irland

2019 Tour to NORDWIND festival in Hamburg with Samlingen and DEAD

2019 Presentation of Samlingen at In the works in New York

2018 Research and preparation for the show SPRINGTIME with Mica Sigourney

2017 Riksteater tour with Beauty and the Beast

2017 DEAD by Beauty and the Beast will premiere April 25 at MDT in Stockholm. Together with Halla Ólafsdóttir

2016 Samlingen at Works at Work in Copenhagen

2016 Tour with ÖFA: MONSTER at Bibu (biennual for children and youth performances) in Helsingborg

2016 Tour with I'm a very understanding Woman. Performances at Inkonst in Malmö March 12 and Atalante in Gothenburg March 16-17

2016 Tour with ÖFA: MONSTER with performances at Zebradans in Stockholm and at Orsaskolan in Orsa. Performances and workshops (Febuary)

2014 Dancer and co-creator, performance of Beauty and the Beast, Artcenter BUDA, Kortrijk, Belgium

2014 Co-creator and performer in What happens in Uppsala stays in Uppsala at the City theatre in Uppsala with the ÖFA-collective. Premiere in September

2014 Created the workshop FAKE AND MAKE with artist Mica Sigourney. Residency at The art grants committee

2013 Choreographer, created the piece “Samlingen” for the Cullberg Ballet at the Dance museum in Stockholm (November-December)

2013 Host, ÖFA: Danceoke for kidz at ZebraDans and for kids in the region Farsta in Stockholm (November)

2013 Dancer and co-creator, Beauty and the Beast, Orionteatern, Stockholm (June)

2013 Meating with THE FUTURE, international group of choreographers, Barcelona (April)

2012 Choreographer and dancer, solo Covers, premiered at A Night At The Theatre with

2012 ÖFA: FINLAND, workshop and performance for secondary students in Espoo.

2012 Choreographer and dancer, Beauty and the Beast, A series of event, Iceland Dance

2011 Choreographer and dancer, Beauty and the Beast with Halla Ólafsdóttir featuring Lisen

2010 Creative School workshop for the 9th grade at Viktor Rydberg samskola in Djursholm,

Stockholm with the ÖFA-collective (november)

Skärholmen. Played at Theatre Days in Hallunda and Haninge Happening.

2010 Choreographer and dancer, I Ass Jazz at the festival "Red dawns" in Slovenia (March)

2010 Choreographed and danced along with Mychoreography

A Warriors roar holler across the sky and The rite of spring.

2010: Mychoreography. Graduated from the University College of Dance in Stockholm, MA program in choreography led by Marten Spångberg. Worked with artists such as Xavier Le Roy,

Participated in the creation of the book "The Swedish dance history"

2009 Did creative workshops in movement, text, and voice for all the 9th grades at

Eriksberg School in Uppsala with the ÖFA-collective (november)

2008 Co-creator and dancer, actor, etc. in ÖFA: VÅRKONSERT. Played on among others at Elverket in Stockholm, Europride Stockholm, Uppsala City Theatre and Youth Culture Days at

2006-07 Co-creator, dancer, choreographer, actress, film editor in the show Var god tag plats! By the Öfa-collective. Played among others at the Malmö Festival, BIBU, Pride and

2006-07 Worked as a dancer in the show When Shall we three meet again? at the Theatre

2006 Choreographed and danced a solo in the competition Alleinflug in Munich.

2005-06 Participated as dancer in the project "bridge" led by Jessica Iwanson, Munich.